Bitcoin: Basics and Beyond

Bitcoin: Basics and Beyond

These days, there’s a lot of buzz about Bitcoin, from its value as an investment to its potential to revolutionize currencies. In fact, I started looking into it because my clients kept bringing it up as something they were exploring.

I decided to dig deeper into what Bitcoin is and what it means for everyday people, including those that may not want to invest in it. I recently brought CoinBase guru Darin Carter on the Minority Money podcast to do just that.

In our discussion, he pointed out a basic concept that can be helpful to keep in mind as we start to talk about these new currencies. Money essentially has three purposes:

Bitcoin and other cryptocurrencies address all of these things, but because the technology is new, it can be hard for people to understand. Let’s start from the beginning.

Bitcoin was the first cryptocurrency — a digital currency or payment system based in cryptography, or complex computer code.

In 2009, an anonymous individual named Satoshi Nakamoto created Bitcoin. No one knows who Satoshi is, and many suspect it may be a pseudonym for a group of people, and not just one person. There’s a great deal of speculation and mystery around his identity.

In the beginning, you had to “mine” Bitcoin. It was used as peer-to-peer payment, and in order to mine a bitcoin, you had to solve complex algorithms, or computer puzzles. Satoshi set a limit to the number of Bitcoins that can be mined to 21 million, so there’s an element of scarcity involved, much like gold. These days, fewer people use bitcoin to pay for something, largely because the value of an individual coin has increased dramatically from when it was first used to buy pizza back in 2010.

“This means the price of crypto is really just determined on supply and demand,” Carter says. Unlike the U.S. dollar, where the government can print money to influence supply, for instance, the finite nature of Bitcoin prevents this. In this way, Bitcoin is a clear store of value. It derives its value based on supply and demand.

As of 2020, there are still more than 2 million Bitcoin left to be mined. While Bitcoin mining still exists, most people prefer to buy or sell Bitcoin on secondary markets, like CoinBase where Carter works. Before we get into buying and selling crytpocurrencies, though, let’s talk about the blockchain.

The technology that underpins Bitcoins is known as blockchain. And while Bitcoin made blockchains famous, they have other applications and are used in other cryptocurrencies. Many investors interested in cryptocurrency focus on blockchain technology rather than Bitcoin specifically.

Blockchain is essentially blocks of information, like a number of transactions. Multiple blocks are linked together in a public database, called a chain. Blockchain is most often discussed in terms of currency, ecommerce, and digital transactions, so we’ll use that example. Keep in mind, the way this works is very complex, and this description simplifies the process by necessity.

Essentially, when you make a purchase somewhere that uses blockchain, the identifying elements of that purchase get coded and uploaded to a block. They’re then “verified” similar to how a credit card purchase might be verified, only instead of a credit card processor doing the verification, it’s a network of computers programmed with code. Proponents of blockchain believe this democratizes the process and helps prevent fraud, since it creates a built-in network of checks and balances, so to speak.

When you consider how Bitcoin works, and the blockchain behind it, you can see how, as Carter puts it: “Bitcoin will be a real-time, open, transparent ledger of what wallet addresses have what amounts of Bitcoin. … That’s really, really powerful.” In other words, this is how Bitcoin and other cryptocurrencies become a unit of account, and then some.

What Carter points out is that this benefit may not be immediately apparent to some people in the U.S. where bank accounts and credit cards are common. But for areas in the world, or communities here in the U.S., that don’t have access, cryptocurrencies could provide a way to access the financial system without needing traditional bank accounts.

When you want to buy a stock, you do so via the stock market. To buy or sell a bitcoin, the principle is the same, you use a market for cryptocurrency, like CoinBase (where Carter works).

When you join these exchanges, you can invest in cryptocurrencies directly. Besides Bitcoin, you may have heard of Etherium, Litecoin, Ripple, Tether, or others. It’s important to do your research, though, as coins have different blockchain technology and with new technology, valuations are hard, and prices can make big moves from day to day.

Keep in mind that while cryptocurrencies are currencies in some ways, they also perform like an asset in others. It’s similar to buying an asset like gold or investing in a stock.

Some people prefer to invest in the technology behind these coins, rather than the coins themselves. That is to say, they want to find a way to invest in blockchains. While this trend hit a bit of a frenzy back in 2017, these days you can get exposure to blockchain via mainstream companies. FedEx and Walmart, for example, have both incorporated blockchain technology into their supply chain management.

If you’re interested in investing in Bitcoin, cryptocurrencies, or companies using blockchain technology, that’s something we can talk about. Set up an appointment to discuss. 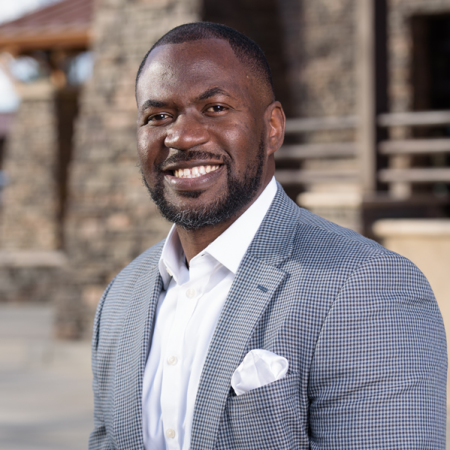 Rebalancing 101: How we manage risk

Investment portfolios are built to help you reach your goals. We’re always working to maximize returns while taking on only as much risk as you’re comfortable with. We do this by combining different assets, like stocks and bonds, in different ways. However, these combinations can get out of balance....

WHY YOU NEED TO DIVERSIFY YOUR ASSETS

Sometimes it’s helpful to think of investing like football. You need an offense, a defense, and special teams. When the stock market is increasing, you want your offense playing. When the market is down, you need to put the defense in. And in weird scenarios, like when there’s an...